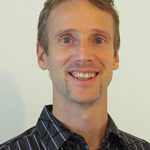 Married with four boys, Dave is a natural visionary. When he discovered that there were positive stories from the early bicultural years in Aotearoa, he was surprised. Despite some tertiary studies on things-Maori in the early 1990s, he’d never heard many of these stories. They were largely untold. In his words, ‘Every nation needs positive stories from its early years. They are essential as a basis for positive national identity. While our failures need open admission, it makes no sense that we don’t also know these positive stories; of those who tried to stop colonisation, as one example!’ This awareness caused Dave to seek a team who could help to make some of these stories known — stories of some of our nation’s great early bicultural ancestors — whether Māori or Pākehā, male or female. In Dave’s view, this is an approach which gives rise to an attitude of hope in bicultural things. Certainly, that has been the case for him! Dave and his wife Heather live in Tauranga. Their children (who are Pākehā) love the stories and want to be Māori warriors when they grow up. 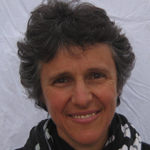 Gina helps her husband run their North Canterbury farm with their son. They also have a grown-up daughter.

The ‘Chronicles of Paki’ series is Gina’s first venture into published writing. Her interest in the relationship between Māori and the missionaries in the 1800s developed when she realised that many New Zealanders misunderstood the impact of the Gospel on New Zealand’s history. As a Christian, she felt this shortfall could be addressed by writing about the history at a level that children could comprehend, helping New Zealanders better understand their own fascinating story.

As well as being involved with The Chronicles of Paki, Gina teaches Bible in Schools and guitar. She also enjoys gardening and cooking.

Alison lives with her husband on a farm near Motueka, at the top of the South Island, New Zealand. They have three grown-up children. Her main priorities are her family, friends and Christian faith, and her main interests are her writing, teaching and grandchildren. Alison is a trained primary school teacher and a part-time farmer. She is an internationally published author and has written both fiction and non-fiction works. She has enjoyed seeing over thirty children’s stories, short stories, articles and poems published.

Alison has found ‘The Chronicles of Paki’ to be her most challenging and rewarding writing project to date. 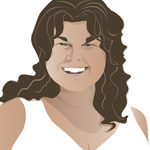 New Zealand illustrator, Tania Hassounia, attended Christchurch Polytechnic Institute of Technology (CPIT) as a mature student to hone her skills and earned a BA in Visual Communication. Already a graphic designer, Tania emerged as an illustrator as well, and was quickly commissioned for those skills throughout her clients’ work. The Chronicles of Paki are Tania’s first published set of books, combining her love of drawing with the theme of faith and encouragement.

Tania is an entrepreneur through her business ‘Drawer Full of Giants’ and works remotely while she travels the world full time. She also enjoys ‘giving back’ through offering her business services to non-profits throughout the year as a self-supporting volunteer/consultant. Tania can be reached through her website and writes of her many adventures through her blog.

After many years of dabbling with art, Eddie Booth began his professional art career at age 32 in 1998 as a graphic designer and then operated his own graphic design business ‘designbooth ltd’ for several years. Over the years Eddie has been involved with many interesting illustration projects for international business and local business alike. 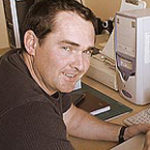 Although a self-taught artist, Eddie attended a one-year ‘Animation’ course in 1996 and a one-year ‘Graphic Design’ certificate course in 1997. He was always drawing as he grew up in the small New Zealand coastal town of Whangamata. Although interested in many styles of art, Eddie was influenced by a childhood love of all forms of cartoon books and comics (Tintin, Asterix, Beano, Richard Scarry) and as he got older Eddie also became interested in science fiction and fantasy art (Conan, Star Wars, Lord of the Rings). However, Eddie has never lost his fascination with the whimsical, colourful and humorous content of artwork for children (such as Winnie the Pooh by Disney). Now living at Papamoa beach in the Bay of Plenty in New Zealand, the artist produces his work using a Wacom tablet and computer programs like Photoshop, Illustrator, Painter, and Carrara 3D.

Although Eddie has a range of cartoon jigsaws already, (including ‘EyeSaw’ and an underwater scene ‘Fish Tales’ licensed by Ravensburger), the artist is always working on other fun themes and styles.